Largest and most expensive penthouse of Rotterdam has been sold

The largest and most expensive penthouse of Rotterdam has been sold. A couple from America paid a whopping 3.44 million euros for the entire top floor of the building De Rotterdam. With a square footage of 750 square meters and 3 balconies, the penthouse is not only the largest of Rotterdam, but also of the Netherlands. The penthouse had only been for sale since November 25, 2014.

Because the agency operates through a global network, the penthouse quickly attracted the interest of the American couple. "The dimensions of this penthouse make it absolutely unique. This is what attracts international buyers", according to the real estate agent.

The Buyers
The wealthy American couple aren't well known celebrities, but prefer to remain anonymous nevertheless. They have chosen to stay in Rotterdam because of its central location and because of the amount of positive media attention the city has gained lately. In addition, the view of Hotel New York was a major factor in their decision.

Penthouse
Originally, the upper floor consisted of 3 separate apartments, but they were combined and eventually offered as one so called XXXL Penthouse. The apartment was sold empty and the buyers will invest another 1.5 million euros for furniture and decoration. The building 'De Rotterdam' is located at the Wilhelmina Pier and was designed by architect Rem Koolhaas. The city of Rotterdam was recently named the most attractive city in Europe and according to experts, this will lead to an even greater influx of foreign buyers. Source: Nos

Are you also looking for a property in the most attractive city in Europe? HB&F is specialized in expat services and offers a wide choice of furnished apartments and houses. 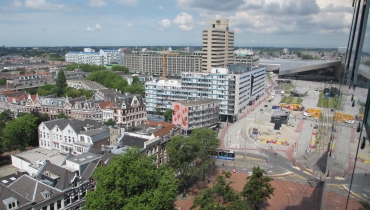 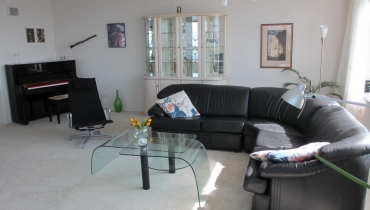